Hit enter to search or ESC to close
Reviews

Review: The Wind Through the Keyhole by Stephen King

There are tales that last, that permeate, that follow us around and sink into the cracks. There are books that speak of other books, that much is certain, and Stephen King’s The Wind Through the Keyhole takes this idea and runs with it, speaking not just of books, but tales, myths, conversations and bed-time stories.

The Wind Through the Keyhole is the latest in King’s Dark Tower series, a sequence of now eight books that cover the tale of Roland Deschain, last of all gunslingers, on a quest to save the mythical Dark Tower from destruction. The first book The Gunslinger was started by King in 1970, but only published in 1982, and the seventh – and initially final – novel The Dark Tower completed Roland’s journey in 2004. This new novel came as a surprise to readers, and to King himself, and he describes this in his foreword:

I was delighted to discover my old friends had a little more to say. It was a great gift to find them again, years after I thought their story was told.

The story in The Wind Through the Keyhole itself is quite slight. It is not meant to continue the previously completed tale, but actually occur part way between the fourth and fifth novels – right in the heart of the quest.

King quickly reasserts his characters back in the reader’s mind – Roland and his ka-tet of Eddie, Susannah and Jake. The three are all characters Roland drew out of our world, the real world, and brought them into his own for the Dark Tower of Mid-World. As their guide and leader, he shows them towards shelter from a catastrophic storm and begins to tell them all a story from his youth.

The novel then shifts to Roland’s point of view, as he tells of another journey he made in his youth, to an outer colony in Mid-World that was on the edge of forgetting, and close to disappearance. A place that, though almost lost, is in need of Roland’s help to investigate a series of murders. Though the story easily moves into a procedural mode, it does not linger long. A surviving witness is found, and though scared and in danger, the youthful Roland calms matters by telling another tale – a tale of old belonging to Mid-World itself.

This is the tale of the title – The Wind Through the Keyhole – and actually takes up most of the novel’s length. It begins simply enough as a fairytale, but eventually this story (the novel’s third) sinks into the cracks, and begins to speak to the reader.

It is the story of Tim, whose years of poverty alone with his mother are only compounded at the arrival of an abusive and drunken stepfather. Tim’s own quest, made out of luck and blind faith, is to free himself and his mother from their horrible situation, as well as his village from the decaying of noble values and traditions.

This quest, and the novel’s conclusion, is what lifts The Wind Through the Keyhole to becoming one of King’s most enduring stories. Nominally a book about three separate stories, each story speaks to the other, as well as to stories in King’s own past, and our own lives. It is almost as if King, for so long the storyteller that spanned our generation, has decided at last to allow himself a moment to enjoy his own gifts. It is a story he is writing for himself, but also for all of us. As Roland says:

The stories we hear in childhood are the ones we remember all our lives.

There are echoes of old fairytales, of Harry Potter and Narnia, of T.H. White and L.Frank Baum, as well as connections to many of King’s own books, not just those in the Dark Tower sequence. In fact, Tim’s quest, regardless of its fantastical nature, is closest in feeling to the characters of IT and The Body, in their affection and understanding for a young boy’s life.

This is where King hits home the most, and it is here, in Tim’s story that Roland identifies with, that King finally becomes clear as an author who doesn’t just create these tales, but actually seeks resolution from them as a writer. King seems to reveal himself as Roland in The Wind Through the Keyhole, more than in previous Dark Tower instalments, and the echoes of King’s own life in Roland’s story are as important as any of the literary resonances.

The Wind Through the Keyhole is a celebration of stories, of what stories can do for us as readers, and as writers, but also for people outside of stories, who can sometimes only find meaning within them. 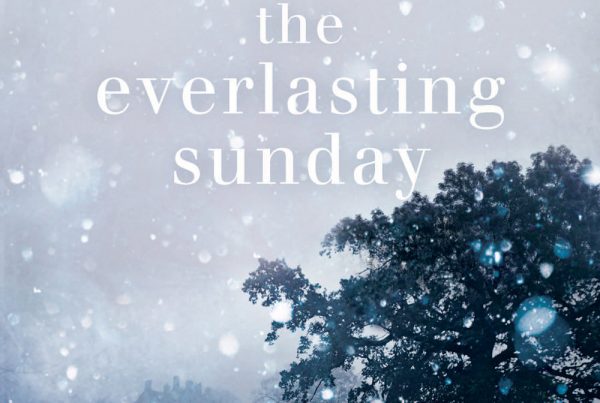