By Craig Hildebrand-BurkeJanuary 25, 2014 No Comments

Last year recorded the biggest sale of vinyl albums in Australia since they started tracking their sales in 1991.

What has this got to do with books? Well. Not that we want to put anymore air to the theory that paper books are technological dinosaurs slowly asphyxiating in a digital meteor cloud, but the resurgence of vinyl music does illustrate some interesting things about the role of traditional books now and in the coming years.

Vinyl’s revival has been coupled with the digital era of music purchasing. Part of the appeal now is the bundled digital download offered with many new vinyl presses, and the ease of digitally transferring many old records. Music has shown that it can sustain two diametrically opposed formats – one that prioritises convenience, the other that emphasises the object of music itself.

Clearly there is an element of nostalgia here, but nostalgia doesn’t really drive commerce – outside of Antiques Roadshow. What I think is occurring is a transition in how we perceive music. It is now two things – music as an aural experience, and music as a physical experience. Certain music we desire aurally, others we desire the object. It is a fetishisation, after a fashion. The packaging, the art, the physical experience of listening to an album beginning to end, that becomes the desired experience that the object allows.

So, what then for books?

In 2000, Mark Z. Danielewski released his meta-fictional horror story House of Leaves. This was followed up by several different editions, including the 2006 remastered, full colour edition, full of torn notes, handwritten inserts, typewritten attachments, drawings and other paraphernalia that twists the reading of Danielewski’s narrative into something beyond just words on a page.

I wanted to set this book for my book club, but most of us use ereaders and there is no known way Danielewski could create an ebook version of House of Leaves. It is very strictly a book to be read in hard copy.

Secondly, film and TV director J.J. Abrams (yes I know) and author Doug Dorst teamed up to write another convoluted book called S. This takes the form of a 1940soverdue library book, The Ship of Theseus, which arrives in a sealed black box (it must be cut to be read). The Ship of Theseus is itself ‘written’ by a fictional author – V.M. Straka – and has been handwritten all over the margins by two other ‘characters’. These characters have also included postcards, letters, napkins and other bits and pieces in the folds of the pages, so that the whole book itself takes the shape of a found object for the reader. Dorst and Abrams wanted to create a story that exists in the margins of another story, and again this is something that could only be conveyed through a multi-layered, intertextual object like this.

Without debating the merits of the stories themselves – I’ve yet to finish reading both – it is quite clear that S. and House of Leaves are intent on reasserting the physical experience of reading a physical book. This is not to dissuade against ebooks, but rather use the traditional format for a reading that is unique to its medium.

So, are we seeing a resurgence of the hardcover book as a fetishised object? If music can be both the sound and the object, are we witnessing books becoming both the reading and the object? As Mark wrote last week, people are these days purchasing books in a divided fashion – some assigning certain reads to ebooks, with others being saved for hard copies.

Both titles mentioned here are clearly meta-fictional in their approach to story, and the medium supports that approach. This is not to say the fetishisation of traditional books is due to an inherent need of the story – the purchasing of hardcovers, of first editions, of illustrated copies and reissues show there is a long-established market for the book as an object. There has also been discussion over digital copies of books accompanying the hardcopy purchase, much in the way of vinyl.

Will book writers, book makers and book buyers begin to distinguish themselves more clearly as having and wanting two distinct types of books, even more than they already have? Will we want one type of reading digitally, and another physically? 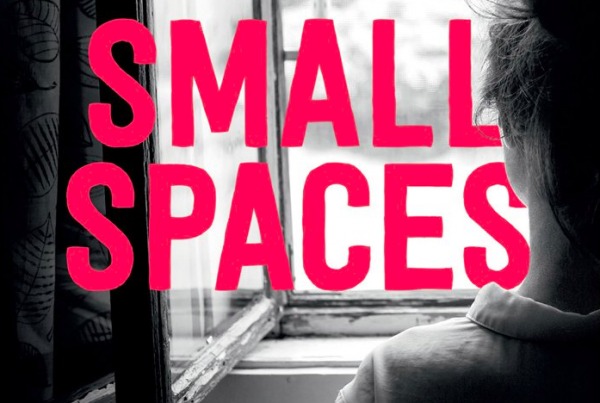