Genre Is As Genre Does

By Craig Hildebrand-BurkeMarch 1, 2014 No Comments

Recently, there has been a flurry of scandalous debate about a report and analysis into the changing world of publishing by Wool author Hugh Howey. Howey’s exceedingly detailed report suggests that – based on an analysis of Amazon sales – genre authors are much better served by going the independent and self-published route, as this will offer greater yield financially for their efforts.

Howey admits aspects of his analysis are speculative and inferential, as data on raw book sales is often undisclosed or incomplete. This, admittedly, offers the first point of interest. While box office on films, and sales and downloads on music and television are all widely available (allowing for elements of bias), figures on book sales remain obscure and coded behind veils of good intentions. There is the suggestion that book sales are undisclosed for our benefit, the implication being that perhaps we wouldn’t read what we read if we knew what everybody else was reading.

The report concludes with Howey wishing for greater transparency, greater understanding of how traditional publishing models lead to a benefit in sales. Others have criticised Howey’s lack of understanding in data analysis, and that he is offering a post hoc inference about data that wilfully ignores its limitations.

Regardless, the report comes at a time when many are looking and questioning the cost benefit of writing for a living. This recent surge of attention in demanding payment, and demanding transparency in the finances of writing suggests that writing as a profession has until now existed (and subsisted) on a level where we feel it lives beyond daily wages. How do we measure writing? Per word? Per hour? Per book sold? What constitutes a financially successful career as a writer?

And is that different from being a good writer?

Do we regard certain writing as ‘good’, even if it doesn’t make money? And does writing that makes money necessarily qualify for public recognition as ‘good writing’?

What I find odd is that this categorisation places genre as a money-defining result. That the genre – the label prescribed upon the writing upon publication (on Amazon) – is all important, and is placed as a premium ahead of any other qualities the story might contain.

And here we have the tricky problem of genre – as it currently is the dominant way we categorise the stories we read and the stories we write. Bookshops, real and digital, organise their shelves according to genre. But this is an imperfect system. Stories often defy genre, or alternate and transcend; stories combine and manipulate genre and set it upon the reader via subterfuge. How would Kazuo Ishiguro feel if Never Let Me Go was shelved in science fiction, given the very late and shocking reveal of that element within the story? The genre here is one part of the book, not the whole, and certainly not the label.

To follow further examples in my favourite field, this genre categorisation becomes even trickier when looking at an author like Stephen King. Once upon a time, in the world where Borders still existed, Stephen King books could easily be found in the horror section. He practically was the horror section. And while many of his books, particularly the early ones, are horror, this is again an imperfect system for categorisation.

Of his recent books, 11/22/63 is listed under fantasy, where it places #3 in a subgenre of fantasy. However, it is also listed under horror, placing at #92. And yet the book is clearly not a horror book. In fact, it relies really on only one element of fantasy to even qualify as that type of story. His earlier collection of short stories, Different Seasons, is also listed under horror, and yet is the collection that spawned the films The Shawshank Redemption and Stand By Me. Again, clearly not horror. So do we make excuses for writers who cross genres, but still define them (and their books) by the genre they started in, or dominate?

If we follow the idea of using genre to define stories, then we will end up with a never-ending spiral of subgenres upon sub-subgenres, to serve every whim of the reader, and every style of the writer. I would hazard that writers rarely view genre as a defining boundary on their imagination – so should genre be the label that prescribes expectation to the reader on what type of book it is? Should it explain exactly what it is?

Will we end up with a Science-Fiction>Alternate-Reality>Victorian-Gothic-Robotics>Anthropomorphised-Rabbit>Western>Young-Adult subgenre?

Obviously we do need some method of organising, and at the moment genre works – to a degree. But as a financial imperative? What about all the books that don’t fit genre? Why does Howey not include literary fiction as a genre itself?

There are many questions that come from the report, and many that suggest our way of viewing books, writing, and sales is imperfect at best, and fundamentally flawed at worst. The most positive take away for me is that everything’s changing very rapidly – how we write, how we publish, and how we read – and this can hopefully lead to a future where we can write and publish and read with greater ease, and freedom, and enjoyment. 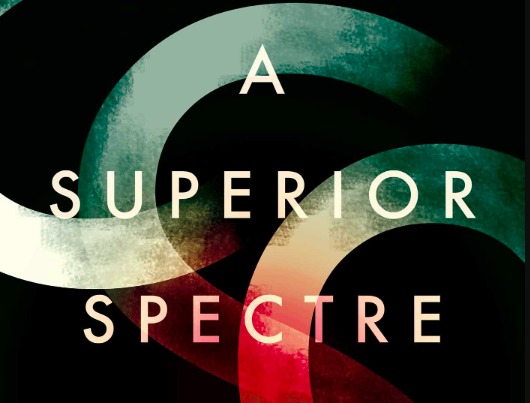